To hear WFTE everywhere using your IPhone or Android phone, download our free app!
Search for “wfte fm” wherever you get your apps.

To be hopeful in bad times is not just foolishly romantic. It is based on the fact that human history is a history not only of cruelty, but also of compassion, sacriﬁce, courage, kindness. What we choose to emphasize in this complex history will determine our lives. If we see only the worst, it destroys our capacity to do something. If we remember those times and places — and there are so many — where people have behaved magniﬁcently, this gives us the energy to act, and at least the possibility of sending this spinning top of a world in a different direction. And if we do act, in however small a way, we don’t have to wait for some grand utopian future. The future is an inﬁnite succession of presents, and to live now as we think human beings should live, in deﬁance of all that is bad around us, is itself a marvelous victory. — Howard Zinn 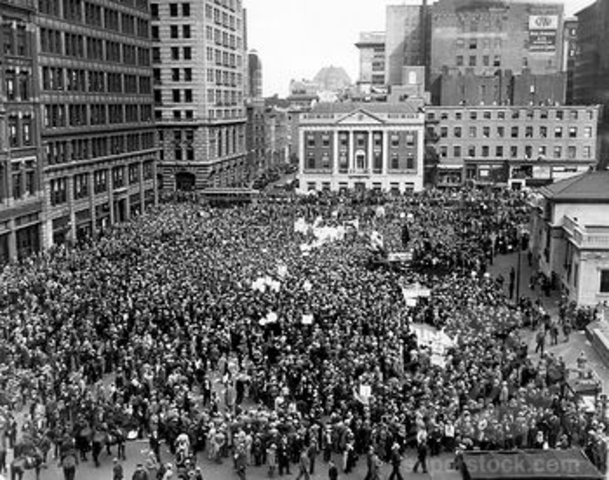 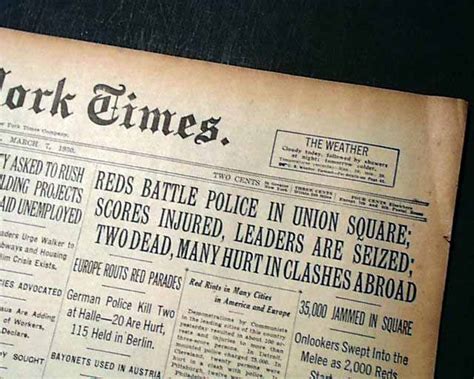 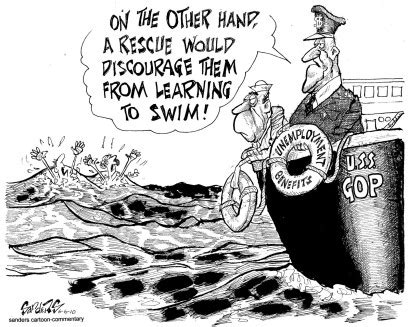 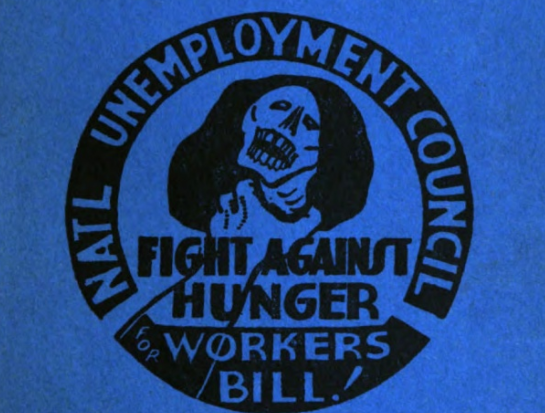 If Biden wants to be like FDR, he needs the left

Not long before Election Day, Joe Biden traveled to Warm Springs, Georgia, to deliver a speech on the healing of America: “This place, Warm Springs, is a reminder that though broken, each of us can be healed. That as a people and a country, we can overcome a devastating virus. That we can heal a suffering world. That yes, we can restore our soul and save our country.”

The location was intentional. Warm Springs is where Franklin Delano Roosevelt went to rest and recover, beginning in 1924, after his polio diagnosis and subsequent paralysis in 1921. As president he made it, along with his home in Hyde Park, New York, a kind of winter White House. He died there in 1945, just a few months after taking the oath of office for a fourth time. The town remains a shrine to the 32nd president, an ideal stop for someone who hopes to channel Roosevelt’s ambition (and also saw electoral opportunity in the state).

We now know that Biden will be president, but he won’t have the votes for FDR-size legislation. This doesn’t mean he’s dead in the water, but it does mean that Biden will have to marshal every resource and rely on every possible ally to win whatever victories he can. And he should know, as Roosevelt did, that this means grappling with the left — all of the left, including its most radical edges.

The Social Security Act of 1935, which established the nation’s old age and unemployment insurance programs, as well as its first stab at maternal assistance, represents traditional Democratic Party liberalism at its best: simple, broad-based and pragmatic. The basis for the American welfare state — and derided by opponents at the time as an example of “creeping socialism” — it remains a potent example of the power of government to help ordinary people. What the public knows is that it was the product of Roosevelt and the New Deal. Missing from this story is how much the law owes to the activism and agitation of the American left.

On Feb. 10, 1931, four years before Sen. Robert Wagner of New York and Rep. David Lewis of Maryland introduced President Roosevelt’s social security legislation to Congress, tens of thousands of Americans nationwide took to the streets at the height of the Great Depression to march for unemployment assistance and food aid. Organized by a then-burgeoning Communist Party, demonstrations ranged from peaceful protests to tense confrontations with law enforcement. In Boston, noted The New York Times in a contemporaneous report, “Two hundred Communists and sympathizers and about as many police staged a series of fights and scuffles along the Boston Common.” In St. Paul, Minnesota, “Communist-led demonstrators jammed their way into the House chamber of the Minnesota Legislature and held possession for more than two hours while they demanded relief for the unemployed.”

In New York City, similarly, “nearly 4,000 men, women and children heard half a dozen speakers call upon the government to grant unemployment insurance, stop evictions and to furnish free food, heat and light to the unemployed.”

These demonstrations weren’t just for the idea of unemployment insurance. The Communists had a particular bill in mind: the Workers’ Unemployment Insurance Bill, which the party had drafted the previous year. The Workers’ Bill, as it was called, promised generous assistance for the unemployed, for the sick and the old, and for new mothers, all financed by taxes on corporate income and inheritances.

With ongoing activism and agitation came greater support; rank-and-file pressure from within the American Federation of Labor, for example, led to the creation of the AFL Trade Union Committee for Unemployment Insurance and Relief, headed by Louis Weinstock of the New York Painters’ Union, himself a Communist. The committee endorsed the bill, which was later introduced to Congress by the Minnesota Farmer-Labor congressman Ernest Lundeen on the urging of Herbert Benjamin of CPUSA, who led the party’s effort to organize the unemployed.

Lundeen’s version of the “Worker’s Bill” quickly became a rallying point for unions and associations of the unemployed across the country. Here is the historian James J. Lorence in “Organizing the Unemployed: Community and Union Activists in the Industrial Heartland”: “Although the Lundeen Bill drew only lukewarm congressional backing, its strong rank-and-file support helped shape the debate that ended in the creation of the American unemployment insurance system.”

Over the course of 1934, grassroots organizers arranged marches, letter-writing campaigns and conferences in support of the bill. “The popular pressure crested in January 1935 with a major national demonstration to support the Lundeen Bill,” Lorence writes. “Among the groups endorsing the legislation were MESA (Mechanics Educational Society of America); AWU (Auto Workers Union); Railway Carmen; Machinists; Mine, Mill and Smelter Workers; the rebel AFL unions; and a large number of ethnic and fraternal organizations.”

Concurrent with the demonstration was a Communist-organized National Congress for Unemployment and Social Insurance. There, thousands of delegates from dozens of states agitated for its passage. Proponents of the Lundeen bill, like Thomas Arnold Hill of the National Urban League, urged its passage: “There must come before the Congress of the United States, legislation that will guarantee, for all workers regardless of age, occupation, color, sex, or political belief, full compensation for all loss of time occasioned by involuntary unemployment, industrial accident, and sickness. Minimum standards must be set below which this compensation must not fall. Costs must be placed not upon workers, but upon Government and capital; and workers must not be excluded from administering the benefits of such a plan.”

Aware of the Roosevelt proposal, which had been percolating within the administration for most of the previous year, proponents held out the Workers’ Bill as the only viable solution to the unemployment crisis.

“It is the position of the Communist Party that it is the responsibility of the national government to provide, against all those vicissitudes of life which are beyond individual or group control, a guarantee of a minimum standard of decent livelihood equal to the average of the individual or group when normally employed,” declared Earl Browder, the leader of CPUSA, in a statement made at Senate Finance Committee hearings on the Wagner-Lewis Bill. “The Communist Party opposes the administration bill because it violates each and every one of these conditions for real social insurance.”

On March 9, 1935, the House Committee on Labor, following hours of testimony from a cross-section of Americans, voted to send the Lundeen bill to the House floor, where it was promptly defeated by an overwhelming majority of Democrats and Republicans. In death, however, the Lundeen bill, as well as the activism that brought it to Congress, helped clear the way for Wagner-Lewis, a proposal which even in its modesty redefined the relationship between state and citizen.

Paul H. Douglas, a University of Chicago economist and future senator from Illinois, made this clear in his 1936 book on the Social Security Act (as quoted in the essay “A Decade of Dissent: The New Deal and Popular Movements,” by Gertrude Schaffner Goldberg): “The radical and sweeping nature of its proposals enabled the administration forces to say to the indifferent and to the conservative that unless the latter accepted the moderate program put forward by the administration they might later be forced to accept the radical and far-reaching provisions of the Lundeen bill.”

From roughly 1930 to 1935, an amalgamation of leftists and laborers — employed or otherwise — made social insurance an urgent priority for the federal government. It is possible that something like the Social Security Act would have passed without this agitation, but knowing how difficult it is to move the U.S. government in any direction without the pressure of organized public opinion, I doubt it.

Let’s return to the present. The conditions of January 2021 will be very different from those of January 1935. The situation isn’t as dire and the left isn’t as strong. Neither is the Democratic Party. What, then, can Democrats take from this story?

Simply put, an ambitious, active left is one that widens the scope of reform. It’s a left that, even if you disagree with it, helps clear the pathways for action. It brings energy and urgency to liberal politics. And if nothing else, it’s a foil against which moderates can triangulate and make the case for more than marginal change, should they want it. Roosevelt was often frustrated with the left, but recognized its power and the importance of its vitality to his own cause.

There was no building the American welfare state without the left, and if it’s to be rebuilt, the left will have to be part of it. Democrats, especially would-be heirs to FDR, should take care to remember that fact.